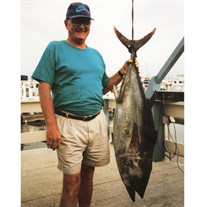 Not sure what to send?

William Orick (Bill) Nighswonger of Montebello passed away peacefully with his family by his side on April 23, 2022. Bill was born on October 21, 1930 in Lincoln Hospital in the Boyle Heights area of Los Angeles. He was the son of Orick Emmanuel (Babe) Nighswonger and Eva Marian Nighswonger, and spent his first 14 years living in their home in City Terrace, along with his younger brother Arthur Gray Nighswonger. The family moved to Montebello in 1944 where he attended Montebello Junior High School before graduating from Montebello Senior High School in 1948. During this time, Bill became involved in DeMolay, a Masonic youth organization, and served as Master Councilor. Bill continued his involvement with the Masons, and eventually was initiated into Freemasonry. Following his graduation from High School, he attended East Los Angeles College, where he earned his Associate Arts degree in 1950. By this time in his life, both of his parents had passed away, and Bill’s life was at point of great transition and quandary. He decided to enlist in the United States Air Force, and served in the Medical Corps. He was initially stationed at Lackland Air Force Base in San Antonio, Texas, and after a year he transferred to Travis Air Force Base in the San Francisco Bay area so that he could be closer to his younger brother, Art. Later, he was transferred to Johnson Air Force Base in Tokyo, Japan. This was during the Allied post-WW2 occupation of Japan, and the soon to follow Korean War. While he never saw actual combat during his tour of duty with the 35th Fighter Wing, he listed himself among the survivors of the Battle of Tokorozawa, a minor skirmish which took place near the base outside of the Tiger Beer Hall. During his time in Japan, Katheryne Heacock, a Montebello High School Senior, became involved with a service project which entailed sending cookies to those serving in the military overseas. Katheryne’s mother, Neva Heacock, had known Bill’s family, and suggested him as the recipient of the cookies. The first batch of cookies arrived in Japan along with a letter thanking him for his service. Bill wrote back, and over the next 2 years there was regular correspondence between the two, which led to Bill’s romantic interest in Kathy. Upon his Honorable Discharge in 1954, he returned to Montebello, and began dating Kathy. Bill and Kathy were married shortly after her graduation from Whittier college on the second-to-last day of June, 1957. Bill became involved with his father-in-law’s business, Homer R. Heacock Real Estate in Montebello, where he worked alongside Homer, and his brother-in-law Darrell Heacock, helping clients purchase and sell homes and industrial properties, along with property management services in and around the Montebello area. Bill and Darrell became partners in the business after Homer’s death, and continued to work until recent years when his health prevented him from doing so. In December, 1957, Bill was inducted into the Rotary Club of Montebello, where he served as President from 1964-1965, and again in 2012-2013. Bill was the club’s longest-standing member with 63 years of attendance. Bill is recognized with a plaque in Rotary International’s headquarters in Evanston, Illinois for his record membership. In 1968, Bill ran for Montebello City Council with the slogan “the longest name on the ballot”, and was elected. His dedication and service to the community in this role would span across two decades with successful re-election campaigns through the 1970’s and 1980’s until his retirement from public office in 1989. Bill was named Mayor of Montebello several times during his tenure on the council, and was involved with numerous important decisions involving the betterment of the city for its residents and businesses. Bill had a love for fishing and the outdoors instilled in him by his father, and which he has passed down to his children, as well as his grandchildren. He was a member of the Southern California Sporters, a deep-sea fishing club, and also enjoyed trout fishing in the High Sierras, as well as fly-fishing on the San Juan River in New Mexico. Although Bill was a skilled and successful angler, he would often say about fishing, “it doesn’t matter if you catch any fish – it’s where you have to go to do it. Fish live in beautiful places”. Bill is survived by his wife of over 64 years, Katheryne and their family: - Son Keith Nighswonger, daughter-in-Law Laura Nighswonger, grandsons Seth and Hayden Nighswonger of La Habra, CA - Son Richard Nighswonger, daughter-in-law Tish Nighswonger, grandsons Russell and William Nighswonger, and granddaughter Tate Nighswonger of Seal Beach, CA - Nephew Jeff Nighswonger, his wife Lea Nighswonger, and grandnieces Erin and Jenna Nighswonger of Huntington Beach, CA - Nephew Michael Nighswonger - Niece Karen Nighswonger and her husband Michael Sukau of Lake Tahoe, CA - Brother-in-law Darrell Heacock, Sister-in-law Sylvia Heacock of Montebello, CA - Niece Valerie Heacock and grandnephew Nicholas Capranica of Montebello, CA - Niece Darelyne Heacock of Long Beach, CA - Niece DeAnne Susino and grandnephew Ashton Heacock of Montebello, CA In lieu of flowers, the family requests donations be made to one of the following organizations: 1) Montebello High School Alumni Association, 1012 W. Beverly Bl., P.O. Box 104, Montebello, CA 90640. Donations to the MHS AA Scholarship Memorial Fund in the name of William O. Nighswonger ’48. A not for profit association, ELN 05-0601751 2) Montebello Rotary Endowment Fund, c/o Rotary Club of Montebello, P.O. Box 282, Montebello, CA 90640. Tax ID #42-1730859 3) Montebello Whittier Masonic Lodge, 7604 Greenleaf Ave., Whittier, CA 90602. Include "In Memory of William O. Nighswonger" in the memo of your check Condolences may be sent to the family through our website.

William Orick (Bill) Nighswonger of Montebello passed away peacefully with his family by his side on April 23, 2022. Bill was born on October 21, 1930 in Lincoln Hospital in the Boyle Heights area of Los Angeles. He was the son of Orick Emmanuel... View Obituary & Service Information

The family of WILLIAM ORICK (BILL) NIGHSWONGER created this Life Tributes page to make it easy to share your memories.