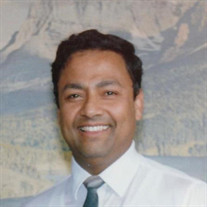 Born in Kom Ombo, Egypt, Samuel Kaddis was raised in a loving home by his father, Pastor Saad Kaddis, and mother, Liza. He was the oldest of six children and, together with his siblings, enjoyed being part of a close-knit family that knew and served the Lord Jesus Christ. Growing up in Nag Hammadi, his life was shaped by early experiences in his father’s church, the local community, and the prevailing political and religious environment within the country. He attended high school, college and medical school in Assiut, Egypt. In his early twenties, supported by his father, he made the life-changing decision to move from Egypt to Lebanon. It was there that he was almost killed in a car accident. One of the nurses who cared for him during his year-long hospitalization and recovery, Elaine, would later become his wife. After moving to the United States in the early 1970s, Samuel married Elaine in Mar Vista, California, and they started their family together shortly thereafter. Samuel and Elaine had four beautiful children. Samuel worked a series of jobs when he first arrived in the United States, eventually finding a career with the County of Los Angeles Department of Public Health. Both he and Elaine enjoyed the support and love of both sides of their families, and many brothers and sisters in Christ, as they grew and nurtured their own household. Samuel offered his home and family to the Lord in service and praise throughout his life. Samuel is now enjoying the company of his Maker, wife, youngest brother, parents, and the many family members and friends that preceded his home going. Samuel impatiently waited seven and a half years to join his wife in Heaven; on the evening of January 26, 2022, the Lord welcomed him home. A beloved husband, father, grandfather, brother, uncle, and friend, he is greatly missed. Samuel is survived by all four of his children, two daughter-in-laws, eight grandchildren, four siblings, five sister-in-laws, one brother-in-law, and 19 nieces and nephews. Our family thanks you for your prayers and all the stories you have shared with us. Modified from a quote by Billy Graham, “Someday you will read or hear that Samuel Kaddis is dead. Don’t you believe a word of it. He shall be more alive than he was on earth. He just changed his address. He has gone into the presence of God.” Condolences for the family can be sent through our website.

Born in Kom Ombo, Egypt, Samuel Kaddis was raised in a loving home by his father, Pastor Saad Kaddis, and mother, Liza. He was the oldest of six children and, together with his siblings, enjoyed being part of a close-knit family that knew and... View Obituary & Service Information

The family of SAMUEL E KADDIS created this Life Tributes page to make it easy to share your memories.

Born in Kom Ombo, Egypt, Samuel Kaddis was raised in a loving...

Send flowers to the KADDIS family.