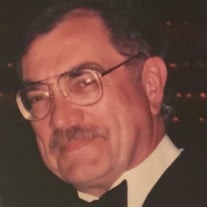 Rudolph (Rudy) Von Burg, 81, was born in Biel, Switzerland on February 26, 1939. He passed away in Santa Ana, California on January 18, 2021. He was a retired scientist, professor, and toxicological consultant. Having travelled as a youngster with his mother and two brothers during the war years, he arrived in the U.S. in May 1942 and settled in Manhasset, New York. He played basketball for Boston College and after earning a Bachelor’s and two Master degrees, he received a Ph.D. from Fordham University. He is remembered for living his life actively and hard. He travelled across the United States by motorcycle and bicycled across the Canadian Rockies. He sailed in Long Island Sound, the San Francisco Bay, and the Caribbean, and skied throughout North America and Europe. He contributed his scientific knowledge to the poison control line in the U.S. and helped find the source of methylmercury poisoning in Iraq to save lives there. In his spare time as artist, carpenter and wood worker, he produced sculptures and furniture. He was caring and welcomed family members, relatives, and friends under his roof, ever ready to lend a helping hand. In the end, his huge heart gave way. He was a husband, a dad, a brother, an uncle, and friend. He is survived by his wife/partner, Karin Von Burg, his children and their spouses, Philip and Valerie Von Burg, Alexandra "Sondra" and Andrew Davis, Andrea and Scott Hall, Jill and Albert Oppedisano, his eight grandchildren, his brothers Fred and Loretta, and Sylvan Von Burg, his nephew Freddy and Paula Von Burg, and his niece Ingrid and Rod Greene. A commemoration will be held at Holy Rood Cemetery, Westbury, New York, when the pandemic is expected to be less virulent. In lieu of flowers, contributions may be made in his honor to your local animal shelter. Condolences for the family can be sent through our website.

Rudolph (Rudy) Von Burg, 81, was born in Biel, Switzerland on February 26, 1939. He passed away in Santa Ana, California on January 18, 2021. He was a retired scientist, professor, and toxicological consultant. Having travelled as a youngster... View Obituary & Service Information

The family of DR. RUDOLPH VON BURG created this Life Tributes page to make it easy to share your memories.