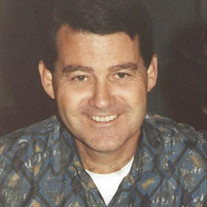 John Carl Atkinson was born in Los Angeles on November 25, 1948 to Lois May Erwin and Herbert Benjamin Atkinson and grew up in Los Angeles. After college at the University of California at Santa Barbara, he returned to Los Angeles to work with his father in family bus business of Safeway Lines and Tour Company. While leading a Christian club for high school kids at South High School, he invited Sally Haack to be his assistant. Little did they know that God had bigger plans and a year and a half later they married. While working at the bus company, John also served in the National Guard as a medic and was honorably discharged after six years of service. On his lunch hour, John continued to reach out to high school students and also served in the music ministry of Hosanna Chapel Bellflower. In 1984 he decided to leave the family business and become an associate pastor at Hosanna Chapel. John and Sally also directed Released Time Education – an after school program of Bible instruction for elementary school children. In 1994 John founded Calvary Chapel North Long Beach where he shepherded a culturally diverse and growing congregation for twenty-six years. As a pastor he was beloved for his insightful preaching of the Word of God, his wise counsel, his kindness towards all who needed his help, and his steadfast example of service and humility. John always looked for the best in people and held high hope that they would be successful in life. He was diligent, hardworking, and responsible with all that was entrusted to him. John ministered to people in times of celebration and in times of heartbreak and loss. Whether driving kids to camp or leading a mid-week prayer meeting, his heart’s desire was always to show others the love of God given in Jesus Christ. A hands-on person with initiative, John delighted in building and design projects whether an apartment complex, a church remodel, or a room addition at his home. With an adventurous spirit, he led ministry teams to Mexico, Cuba, Russia, and Uganda. Sometimes he found himself in dangerous situations where tempers flared and police were called, but he had a way of bringing divine counsel to reassure people and restore peace. John was profoundly grateful for his wonderful wife Sally and exceptionally proud of his children Rebekah, Daniel, and Andrew. He will also be deeply missed by his daughters-in-law Nicole and Christina, grandchildren, Saylor, Cove, Porter, Levi and Arlo, his sister, Sharon Sheehan and her husband Dennis, as well as his nephews, Matthew Sheehan, Eric Sheehan, Benjamin Sheehan. Condolences for the family can be sent through our website.

John Carl Atkinson was born in Los Angeles on November 25, 1948 to Lois May Erwin and Herbert Benjamin Atkinson and grew up in Los Angeles. After college at the University of California at Santa Barbara, he returned to Los Angeles to work with... View Obituary & Service Information

The family of JOHN CARL ATKINSON created this Life Tributes page to make it easy to share your memories.

Send flowers to the ATKINSON family.