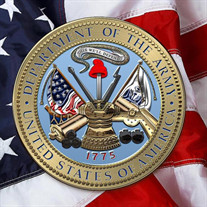 Henry Joseph Velasco, Henry F. Velasco and Elodia Hernandez, and entered into eternal rest on February 13, 2021 in West Covina, California. Henry served in the United States Army and was honorably discharged for his honorable and faithful service to our great nation. Outside of his military service, Henry also dedicated over 25 years of hard work while employed as a real estate agent for Coldwell Banker as well as working for KFI AM640 radio as an audio engineer. Henry was a member of the El Monte City Council and was City Treasurer for many years. He was extensively involved at Nativity Church and School. He also spent many years active in Scouting and was awarded the Silver Beaver Award by the San Gabriel Valley Council. Henry belonged to organizations such as the Veterans of Foreign Wars, the American Legion, Knights of Columbus, Moose International, Benevolent and Protective Order of Elks, El Monteans, and the Chamber of Commerce for the city of El Monte. Henry is survived by his loving family: Wife, Theresa Ann Velasco, Children, Christi Tierney, Henry A. Velasco, Gary A. Velasco, Teresa George, Joseph Velasco, Robert Velasco, 11 Grandchildren, 6 Great Grandchildren, along with other family and friends who will miss him dearly. In lieu of flowers donations can be sent in his memory to the Nativity School Scholarship Fund or the El Monte / South El Monte Emergency Resources Association. Condolences for the family can be sent through our website.

The family of HENRY JOSEPH VELASCO created this Life Tributes page to make it easy to share your memories.