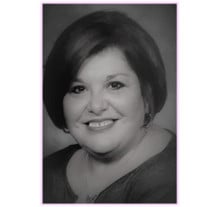 Cecilia Sanchez-Chapa was born on October 7, 1950 in Los Angeles California to Nick and Vicenta Sanchez. She was the eldest child and had a brother, Thomas Sanchez, currently living in Los Angeles California. She was a daughter, sister, wife, mother, and friend. Her life was full of love, laughter and good times with her family and friends. She attended UCLA for two years before she met the love of her life Robert Chapa. Cecilia and Robert met in 1969 at a dance. Their eyes locked and they knew it was the beginning of a love story. In 1969 Robert was drafted by the Army and then he jumped the line and decided to be a United States Marine. Before Robert left for war, Cecilia gave him a cross of Our lady of Grace. She told him to never take it off and to pray to it so he could come back safe to her. While at war, Robert wrote love letters to Cecilia and Cecilia sent care packages so that Robert would not be home sick. By the grace of God, Robert came back in 1971 from the Vietnam war and came back to Los Angeles to find Cecilia, and to start a new a life. They wed in 1973 and had two amazing children, Robert Chapa Jr, and Marissa Yvette Chapa. Cecilia worked as a loan officer for many years while raising her children and being a dedicated daughter, wife, mother, and friend to many. Cecilia was very engaged in her community, by volunteering her time with special education children as an Aide. She also was very involved with her family, and her friends. There are so many good memories such as going to all her daughter’s softball games, teaching her son how to cook, and the amazing costumes she would make for her children and family. She was also very crafty and was always making them for so many. She enjoyed her trips to the casino, her bingo friends, and her love for family gatherings and her passion for politics. She was an American patriot, her father was a Marine, her husband a Marine, and was a member of the Marine Corps League. She devoted her time to help the Marine Corps League and helping the disabled children of the Ronald McDonald House during their charity events. In the past several years she had an array of aliments, however she never lost her faith in God and appreciated the care and love her family provided her especially the love and devotion of her husband Robert. Cecilia is survived by her husband, Robert, her two children, Robert Chapa Jr., Marissa Y. Chapa, and her stepson Joe Fakih, and her brother Thomas Sanchez, and several cousins, nieces, and nephews. Cecilia was laid to rest on Monday, August 24, 2020 at the Los Angeles National Cemetery. Cecilia will be missed by us all and she will be in our hearts forever. Thank you to all that have called, sent flowers, and have provided us with the support and comfort needed during this most difficult time. We wish to thank you all for your continued support and love. A funeral/memorial service will be held on Saturday, July 21, 2021 at the Marine Corps League, American Legion in Azusa, California by invitation only. A save the date invitation will be sent only to all invitees in May 2021. Thank you again for your support, Bob Chapa Sr. & Family

The family of CECILIA SANCHEZ CHAPA created this Life Tributes page to make it easy to share your memories.

Cecilia Sanchez-Chapa was born on October 7, 1950 in Los Angeles...

Send flowers to the CHAPA family.